North, boy age 13 - Rated 9 out of 10
I have to say Jungle Book was surprisingly good for a children’s movie.  The characters were played out perfectly except the boy needed a little help.  My favorite character was Baloo the bear because even though he was lazy he still helped out and had a chance fighting the tiger. The ending, though not perfect, was very satisfying. Aside from a few tidbits it was well thought out and put together and I give it a rating of 9 out of 10.  I would not see it again because once I see a movie then it loses some of its magic.  I would recommend this movie to a friend.

Molly, girl age 12 - Rated 9 out of 10
The Jungle Book is about a young man cub named Mowgli who was left in the jungle and found and protected by the panther Bagheera.  I think his true home was meant to be the jungle.  I would go back to see it but not soon as I don’t like watching movies over again.  I would recommend it to a friend and rate it a 9 because the boy wasn’t the greatest but the graphics and story line were. Movie is sorta like a young Tarzan movie.

Sadie, girl age 11 - Rated 9 out of 10
Jungle Book is a about a kid trying to fit in and make a life for himself in the jungle. My favorite character was the bear Baloo because he was so funny.  Even though serious things happened he always cracked me up. I give it a rating of 9 and would recommend it to a friend and would definitely see it again.

Zach, boy age 8 - Rated 10 out of 10
Jungle Book is about a little boy whose father died by a tiger and about the red flower, a bad thing but good for man because it helped the men take control and destroy the forest.  The boy Mowgli was brave and adventurous.  My favorite character was Baloo the bear because he was funny and strong and brave and LOUD.  The movie was funny, good, exciting and surprising.  I give it a rating of 10.  I would go back and see it again and would recommend it to a friend. 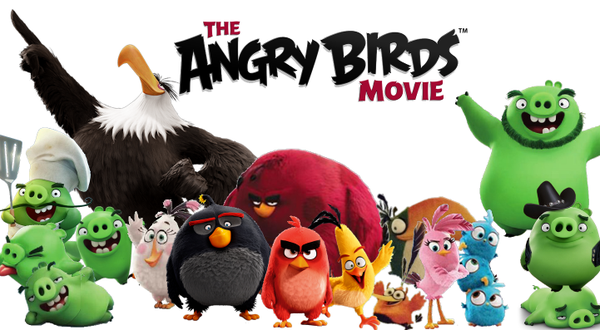 Zach, boy age 8 - Rated 9 out of 10
In the beginning the birds and pigs lived in peace. When the pigs discovered the birds had eggs the pigs stole the eggs.  Then the nice birds turned to angry birds, You will learn why the birds wanted their eggs back so much instead of just laying more eggs. The only thing wrong with it was the movie did not have the new bird character from the video game in it. My favorite character was Terrance. Terrance was the biggest, baddest and angriest of all the birds. Sometimes he was sad and angry but also happy a lot of the time.  He did not talk but he communicated with music without words. The birds can’t fly and use one huge slingshot to fly.  Birds in the movie don’t have wings they walk.  In the game they bounce.  Only one bird the eagle who was a legend had wings.  He was real though and and came to help out Terrance, Red, Chuck and Bomb are all from anger management class.  Red is the distrustful one. He's mean, he hates the pigs and sneaks onto the ship with Chuck and Bomb to spy on the pigs. I give it a 9 out of 10 and would definitely recommend it to a friend and would watch it again.

Jeff, girl age 12 - Rated 9 out of 10
Angry Birds is about a bird named Red with anger issues and is sent to anger management class. There he meets Terrance, Chuck and Bomb who also have the same issues.  The birds welcome a ship of pigs to their island and the pigs during a dance party distract the birds and steal their eggs.  To protect their baby birds the birds must get them back. The birds decide to find Mighty Eagle the legendary bird who can fly to help them. My favorite character is Red because I use to have anger issues myself and can understand what he was feeling.  My favorite scene is when Mighty Eagle ruins (guess how?) the lake Chuck and Bomb drank from. The movie was not what I expected so I give it a 9. I thought it would be more like the game. I would recommend it to a friend but would not really want to see it again. 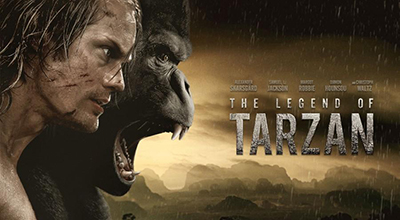 Felix, boy age 13 - Rated 9 out of 10
Tarzan is a movie I would recommend to children 9 years old or older. My rating is 9 out of 10 and I liked it a lot and would see it again. If you have seen the animated version this one is better. See it again to understand how Tarzan was raised in the jungle and what happens to him as he grows up. 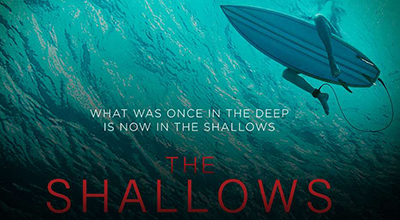 Felix, boy age 13 - Rated 8 out of 10
The Shallows is very scary so I would recommend to a friend but only to one older than 12. My rating is 8 out of 10 and I would see it again but not soon. This is the story of how a surfer-girl on vacation encounters & out smarts an aggressive shark.  She uses her pre-med training to stay alive after the shark bites her leg.  It has a very exciting, surprising ending! 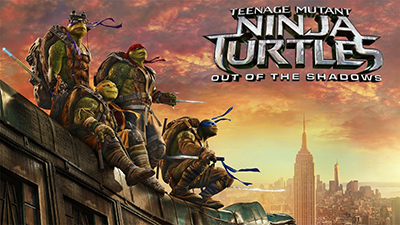 TEENAGE MUTANT NINJA TURTLES: OUT OF THE SHADOWS
(2016) Rated PG-13 (Click here to watch the trailer)

Felix, boy age 13 - Rated 9 out of 10
I would recommend to a friend, but I would not see it again.  No point in watching a movie twice.  I am a fan of villains more than super heroes. The original is my favorite all time villain as a character.  He revealed his face and only wore a mask once. I liked how the flow was consistent. The turtles each have their personality-Leonardo the blue one is supposed to be the leader and elected to show respect and have an open mind. Raphael, Raf, the red one was mostly focused on physical strength.  Donatello was the brains who dealt with all the technology and computers and stuff. He kinda was my favorite super hero of the story.  Michelangelo put the specialty into their team.  He was not only the funniest, but the one who stood out more.  Each of their character traits showed that teamwork always get the job done.  Thus the moral story of the ninja turtles themselves.

Zach, boy age 8 - Rated 9 out of 10
I love the Ninja Turtles!  Out of the shadows is about Shredder and two other criminals Bebop and Rock Steady escaping from prison. 2 cops are the drivers and they see everything.  Other criminals were BeBop and Rock Steady.  They escape from prison and the genius scientist mutated going back in time.  Bebop becomes a warthog and Rock Steady becomes a rhinoceros. They have the opportunity to become human and you can guess what happens. Leonardo describes the villain Commander Crane as a jacked-up disco ball. I gave it a 9 out of 10 and the music is great with the original theme song at the end. Teamwork, friendship, never giving up, strategy, logic, heart. My favorite character was Mikey because he was the funny one, who stood up, standing up for other people standing up for his team.  He the pizza lover and drops pizza on court. 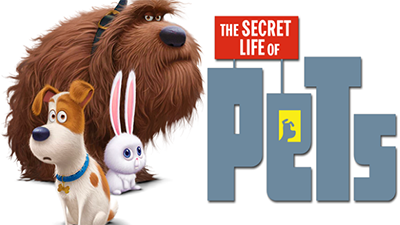 Maddie, girl age 9 - Rated 10 out of 10
The movie starts out by introducing us to the main character, Max, who was adopted by his owner. Max and his owner lived alone in an apartment together for many years.  One day, Max's owner brought home another dog, Duke, she adopted.  Max did not like the idea of sharing his owner, and the two dogs got off on the wrong foot.  During an argument at the dog park, the pair got picked up by Animal Control, and thus started a long journey through the city to find their way home.  We get to meet several other pets in the apartment complex and around town, and have a glimpse at what pets do when their owners are not around.  Max and Duke learn that they can get along and work together.  I would definitely recommend this movie to a friend and would love to see it again!

Zach, boy age 8 - Rated 9 out of 10
The movie is a really funny movie about a dog named Max who lives alone in an apartment with his owner but then the owner adopts another dog and Max becomes jealous.  Duke pushes Max out of his bed, eats his food and on the way to the dog park pushes Max into the bushes. They both get picked up by animal control. Snowball, an angry, bad bunny, is busting his friend out of Animal Control and he will let Duke and Max come but they to convince Snowball they are bad characters too. I rate this movie 9 out of 10 because it is so funny and I want other people to see it. I would recommend it to a friend and would watch it again. Other main characters are Gidget, and Mel and others who I forgot their names.

Maddie, girl age 9 - Rated 9 out of 10
The beginning of the movie shows us what Dory's childhood was like.  When she was a kid she got lost and was pulled into the sewer by accident. Sometime after that, she met Nemo's dad when he was searching for Nemo (the basis of the first movie).  She became friends with Nemo and Marlin (Nemo's dad), and stayed with them on the reef. One day she was caught and brought to the aquarium.  Nemo and Marlin went searching for her.  She gets help from several friends at the aqaurium including Hank the octopus and Destiny the whale shark.  I will leave the ending a surprise for you! I really liked this movie and would watch it again. I would recommend this movie to my friends, too.  I really liked the movie, but gave it only a 9 because it just wasn't my favorite of all movies.